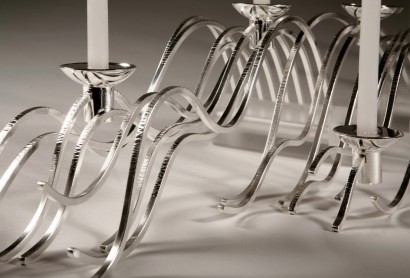 A candelabra with seven sconces mounted on a series of silver wires representing and highlighting the vibrancy and fluidity of water in its many moods.